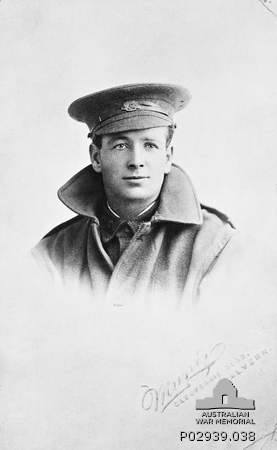 Maurice Buckley, born in Hawthorn, Melbourne, was a coach trimmer before enlisting in late 1914. His early service was inglorious: while in Egypt with the 13th Light Horse Regiment, he contracted venereal disease and was sent back to Australia, where he deserted. Two months later, in May 1916, Buckley re-enlisted under the alias Gerald Sexton, and joined the 13th Battalion in France in January 1917. He fought at Bullecourt and through the third battle of Ypres; the next year, as a sergeant, he was wounded at Le Hamel. He was awarded the Distinguished Conduct Medal (DCM) for his bravery near Morcourt in August.

On 18 September 1918, near Le Verguier, with his Lewis gun and "displaying boldness which inspired all", Buckley rushed enemy machine-gun positions, captured a field gun, and took numerous prisoners. He received the Victoria Cross. With the focus of attention now on him, he had to disclose his true name.
Buckley was fatally injured in 1921 after being thrown from a horse; ten Victoria Cross–holders were pallbearers at his funeral.
Posted by alan1704 at 06:28