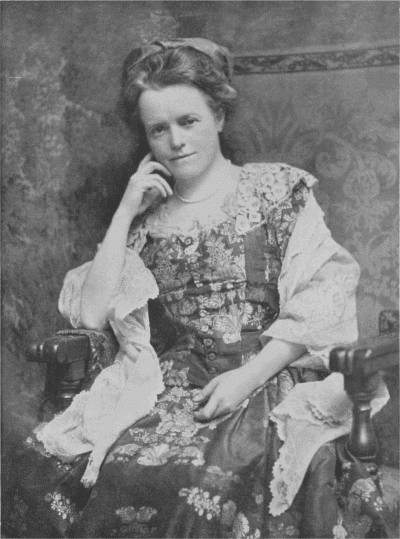 Sarah Broom Macnaughtan, was born in Lanarkshire in 1864, she was the daughter of a JP and she inherited an income. Before the Great War she worked as a novelist and for the women’s suffrage. When the war started she worked as a volunteer nurse in . Her diaries of her war work were published posthumously as My War Experiences in Two Continents (1919), available online, full-text, open-access at Project Gutenberg.

I first read some of her diary in Lyn Macdonald's book "The Roses of No Man's Land."

Here is a passage:

On Wednesday night, the 7th October, we heard that one more ship was going to , and a last chance was given to us all to leave. Only two did so; the rest stayed on. Mrs. Stobart went out to see what was to be done. The ---- Consul said that we were under his protection, and that if the Germans entered the town he would see that we were treated properly. We had a deliberately cheerful supper, and afterwards a man called Smits came in and told us that the Germans had been driven back fifteen kilometers. I myself did not believe this, but we went to bed, and even took off our clothes.

At the first shell came over us with a shriek, and I went down and woke the orderlies and nurses and doctors. We dressed and went over to help move the wounded at the hospital. The shells began to scream over head; it was a bright moonlight night, and we walked without haste--a small body of women--across the road to the hospital. Here we found the wounded all yelling like mad things, thinking they were going to be left behind. The lung man has died. Nearly all the moving to the cellars had already been done--only three stretchers remained to be moved.

One wounded English sergeant helped us. Otherwise everything was done by women. We laid the men on mattresses which we fetched from the hospital overhead, and then Mrs. Stobart's mild, quiet voice said, "Everything is to go on as usual.

The night nurses and orderlies will take their places. Breakfast will be at the usual hour." She and the other ladies whose night it was to sleep at the convent then returned to sleep in the basement with a Sister. We came in for some most severe shelling at first, either because we flew the Red Cross flag or because we were in the line of fire with a powder magazine which the Germans wished to destroy.

We sat in the cellars with one night-light burning in each, and with seventy wounded men to take care of. Two of them were dying. There was only one line of bricks between us and the shells. One shell fell into the garden, making a hole six feet deep; the next crashed through a house on the opposite side of the road and set it on fire.

The danger was two-fold, for we knew our hospital, which was a cardboard sort of thing, would ignite like matchwood, and if it fell we should not be able to get out of the cellars. Some people on our staff were much against our making use of a cellar at all for this reason. I myself felt it was the safest place, and as long as we stayed with the wounded they minded nothing.

We sat there all night. The English sergeant said that at daybreak the firing would probably cease, as the German guns stopped when daylight came in order to conceal the guns. We just waited for daybreak. When it came the firing grew worse. The sergeant said, "It is always worse just before they stop," but the firing did not stop. Two hundred guns were turned on , and the shells came over at the rate of four a minute. They have a horrid screaming sound as they come. We heard each one coming and wondered if it would hit us, and then we heard the crashing somewhere else and knew another shell was coming.