Christ’s Death is the Key to Contentment 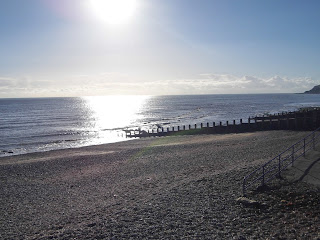 This statement seems almost unbelievable, that the key to true contentment is found in the finished work of the cross. Everything about us tells us that contentment is found when we lack nothing. But the Bible tells us in the letter to the Philippians, that contentment is found in the one who gives us strength - “I am not saying this because I am in need, for I have learned to be content whatever the circumstances. I know what it is to be in need, and I know what it is to have plenty. I have learned the secret of being content in any and every situation, whether well fed or hungry, whether living in plenty or in want. I can do all this through him who gives me strength.” (Philippians 4 : 11-13).

Paul here presents himself as an example of a man who has learned to be content in times of plenty and in seasons of lack. What was the secret to Paul’s contentment, that “ He could do all things through Christ who gives me strength.” He found everything he wanted in the person of Christ, for in Christ Paul discovered that he lacked nothing.  In his own words, he had been crucified with Christ and he was now seated in heavenly places in Christ Jesus. Through the death of Christ he had been planted into the ocean of God’s grace.

Contentment is an awakening that when Christ died on the cross, we died. The key to Christ-centred contentment is the cross. When you let the finished work of the cross invade and overwhelm your life, the enchantment of the world is broken. You are dead to the world, and the world is dead to you. Or to put it in real terms, you are a New Creation. The old you is dead. A new you is alive – a you filled with Holy Spirit, overflowing with the glory of God and overwhelmed by the majesty of God.

Being dead to the world means that our hearts run and abide in the blessings of the cross and finished work of the cross is the motivation and joy of our lives. For the greatest satisfaction and contentment is found in the death and resurrection of Christ.