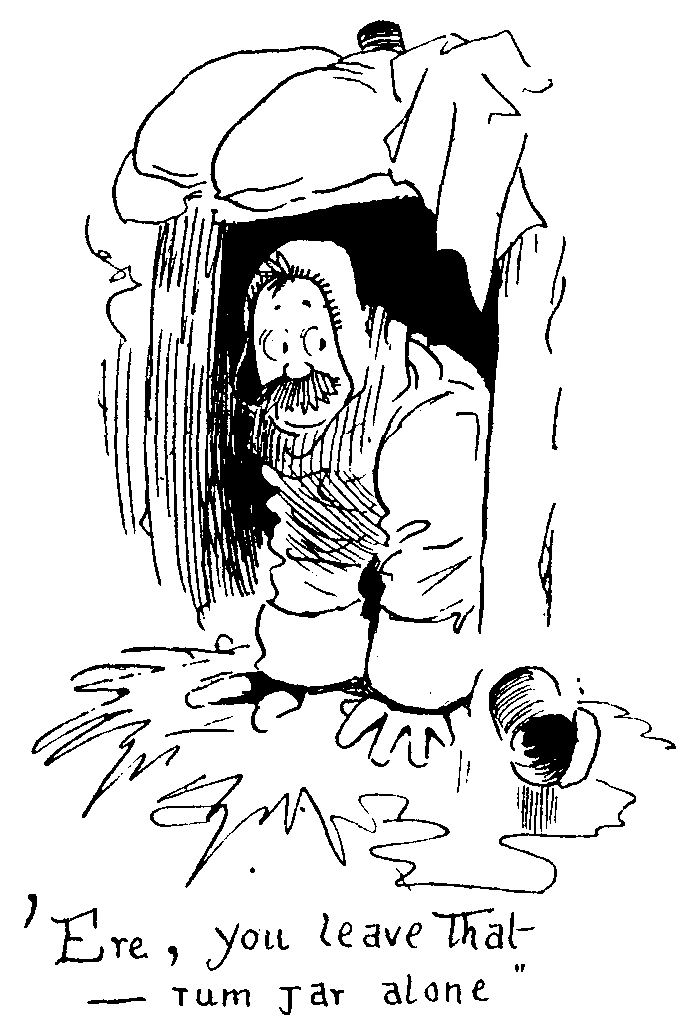 The book Bullets and Billets by Bruce Bairnsfather, gives a fantastic account of Bruce’s first night in a real trench in Belgium. This was a trench of 1914 and describes how uncomfortable and awful it must have been in those early days on the Western Front.

“An extraordinary sensation—the first time of going into trenches. The first idea that struck me about them was their haphazard design. There was, no doubt, some very excellent reason for someone or other making those trenches as they were; but they really did strike me as curious when I first saw them.

A trench will, perhaps, run diagonally across a field, will then go along a hedge at right angles, suddenly give it up and start again fifty yards to the left, in such a position that it is bound to cross the kitchen-garden of a shattered chateau, go through the greenhouse and out into the road. On getting there it henceforth rivals the ditch at the side in the amount of water it can run off into a row of dug-outs in the next field. There is, apparently, no necessity for a trench to be in any way parallel to the line of your enemy; as long as he can't shoot you from immediately behind, that's all you ask.

It was a long and weary night, that first one of mine in the trenches. Everything was strange, and wet and horrid. First of all I had to go and fix up my machine guns at various points, and find places for the gunners to sleep in. This was no easy matter, as many of the dug-outs had fallen in and floated off down stream.

In this, and subsequent descriptions of the trenches, I may lay myself open to the charge of exaggeration. But it must be remembered that I am describing trench life in the early days of 1914, and I feel sure that those who had experience of them will acquit me of any such charge.

To give a recipe for getting a rough idea, in case you want to, I recommend the following procedure. Select a flat ten-acre ploughed field, so sited that all the surface water of the surrounding country drains into it. Now cut a zig-zag slot about four feet deep and three feet wide diagonally across, dam off as much water as you can so as to leave about a hundred yards of squelchy mud; delve out a hole at one side of the slot, then endeavour to live there for a month on bully beef and damp biscuits, whilst a friend has instructions to fire at you with his Winchester every time you put your head above the surface.

Well, here I was, anyway, and the next thing was to make the best of it. As I have before said, these were the days of the earliest trenches in this war: days when we had none of those desirable "props," such as corrugated iron, floorboards, and sand bags ad lib.

When you made a dug-out in those days you made it out of anything you could find, and generally had to make it yourself. That first night I was "in" I discovered, after a humid hour or so, that our battalion wouldn't fit into the spaces left by the last one, and as regards dug-outs, the truth of that mathematical axiom, "Two's into one, won't go," suddenly dawned on me with painful clearness. I was faced with making a dug-out, and it was raining, of course. (Note.—Whenever I don't state the climatic conditions, read "raining.") After sloshing about in several primitive trenches in the vicinity of the spot where we had fixed our best machine-gun position, my sergeant and I discovered a sort of covered passage in a ditch in front of a communication trench. It was a sort of emergency exit back from a row of ramshackle, water-logged hovels in the ditch to the communication trench. We decided to make use of this passage, and arranged things in such a way that by scooping out the clay walls we made two caves, one behind the other. The front one was about five yards from the machine gun, and you reached the back cave by going through the outer one. It now being about 11 p.m., and having been for the last five hours perpetually on the scramble, through trenches of all sorts, I drew myself into the inner cave to go to sleep.

This little place was about 4 feet long, 3 feet high, and 3 feet wide. I got out my knife, took a scoop out of the clay wall, and fishing out a candle-end from my pocket, stuck it in the niche, lit it and a cigarette. I now lay down and tried to size up the situation and life in general.

Here I was, in this horrible clay cavity, somewhere in Belgium, miles and miles from home. Cold, wet through and covered with mud. This was the first day; and, so far as I could see, the future contained nothing but repetitions of the same thing, or worse.

Nothing was to be heard except the occasional crack of the sniper's shot, the dripping of the rain, and the low murmur of voices from the outer cave.

In the narrow space beside me lay my equipment; revolver, and a sodden packet of cigarettes. Everything damp, cold and dark; candle-end guttering. I think suddenly of something like the Empire or the Alhambra, or anything else that's reminiscent of brightness and life, and then—swish, bang—back to the reality that the damp clay wall is only eighteen inches in front of me; that here I am—that the Boche is just on the other side of the field; and that there doesn't seem the slightest chance of leaving except in an ambulance.

My machine-gun section for the gun near by lay in the front cave, a couple of feet from me; their spasmodic talking gradually died away as, one by one, they dropped off to sleep. One more indignant, hopeless glare at the flickering candle-end, then I pinched the wick, curled up, and went to sleep.

A sudden cold sort of peppermint sensation assailed me; I awoke and sat up. My head cannoned off the clay ceiling, so I partially had to lie down again.

I attempted to strike a match, but found the whole box was damp and sodden. I heard a muttering of voices and a curse or two in the outer cavern, and presently the sergeant entered my sanctum on all fours:

"We're bein' flooded out, sir; there's water a foot deep in this place of ours."

That explains it. I feel all round the back of my greatcoat and find I have been sleeping in a pool of water.

I crawled out of my inner chamber, and the whole lot of us dived through the rapidly rising water into the ditch outside. I scrambled up on to the top of the bank, and tried to focus the situation.

From inquiries and personal observation I found that the cause of the tide rising was the fact that the Engineers had been draining the trench, in the course of which process they had apparently struck a spring of water.

We accepted the cause of the disaster philosophically, and immediately discussed what was the best thing to be done. Action of some sort was urgently necessary, as at present we were all sitting on the top of the mud bank of the ditch in the silent, steady rain, the whole party being occasionally illuminated by a German star shell—more like a family sitting for a flashlight photograph than anything else.

We decided to make a dam. Having found an empty ration box and half a bag of coke, we started on the job of trying to fence off the water from our cave. After about an hour's struggle with the elements we at last succeeded, with the aid of the ration box, the sack of coke and a few tins of bully, in reducing the water level inside to six inches.

Here we were, now wetter than ever, cold as Polar bears, sitting in this hygroscopic catacomb at about 2 a.m. We longed for a fire; a fire was decided on. We had a fire bucket—it had started life as a biscuit tin—a few bits of damp wood, but no coke. "We had some coke, I'm sure! Why, of course—we built it into the dam!" Down came the dam, out came the coke, and in came the water. However, we preferred the water to the cold; so, finally, after many exasperating efforts, we got a fire going in the bucket. Five minutes' bliss followed by disaster. The fire bucket proceeded to emit such dense volumes of sulphurous smoke that in a few moments we couldn't see a lighted match.

We stuck it a short time longer, then one by one dived into the water and out into the air, shooting out of our mud hovel to the surface like snakes when you pour water down their holes.

Time now 3 a.m. No sleep; rain, water, plus smoke. A board meeting held immediately decides to give up sleep and dug-outs for that night. A motion to try and construct a chimney with an entrenching tool is defeated by five votes to one ... dawn is breaking—my first night in trenches comes to an end."
Posted by alan1704 at 17:32