Go Easy On The Elder Brother by Ken Legg 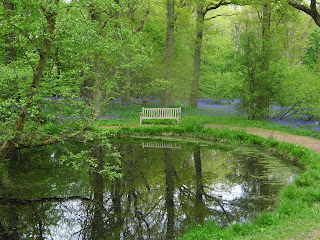 “Who was very upset when the prodigal son came home?” the children’s church worker asked her class. A little boy put his hand up and replied, “The fatted calf!”


I can understand that. But, as we know, the answer the teacher was looking for was, ‘the elder brother’. His younger brother went off in rebellion into the far country. He wasted his inheritance and lived immorally with prostitutes. He insulted his father and brought shame on the family name. Yet at the end of the parable he is the one inside the party as the centre of attention and his dutiful, elder brother is outside, grumpy and all alone.


His father got up, left the party and went out to his elder son, pleading with him to come inside. In response, the son uttered a phrase I have heard over and over again when a legalist gets the revelation that all he was trying to get through his works he already had by grace! “All these years I served you, and you never even gave me a kid goat!”


All these years
Here are some of the things that people say when their eyes are opened to the unmerited, unconditional favour of God given to us freely in Christ:


“All these years I have been trying to die to self; and then you come along and tell me I am already crucified with Christ and that it’s no longer I who live, but Christ who lives in me!”


“All these years I have been chasing God; and then you come along and tell me He never left me!”


And what did we get for all our work over all those years? Not even a skinny goat! Why? Because God doesn’t do deals. Any works we perform in an effort to get things from God are called ‘dead works’. They are superfluous, because everything God wants to give us and everything He wants to do in our lives is already paid for.


We expect Jesus to give the elder brother a bad ending in this parable; after all he deserves it, right? And so an appropriate conclusion to the parable would be to give him a good telling off. But Jesus doesn’t do that. Instead we see the father leaving the party to come out to his elder son and lovingly plead with him to come in. You see, this father had two sons and they were both lost – one in the far country and the other in the house. And he loved them both equally – the rebel and the legalist.


Some wonderful things are happening in our Father’s house in different parts of the world today. It is being known more and more as a house of grace. And prodigals are coming home because they feel safe to do so.


But let’s make it easy for the elder brother too. I have read several internet blogs on grace-based sites and wonder if a new breed is emerging – the grace Pharisee. It’s easy to become smug and self-righteous in our new-found discovery of the wonder of grace, and then arrogantly turn and point the finger at the legalist who has not yet had the same revelation.


When I’m tempted to condemn the elder brother, God reminds me that I was once one! He is not the enemy of the lost; He is their Seeker and their Finder. So when we engage in discussion and debate with the legalist, let’s not just preach grace – let’s model it also. May they not only hear grace, may they experience it too!
Posted by alan1704 at 07:26