First World War - The Life Expectancy of a Junior Officer. 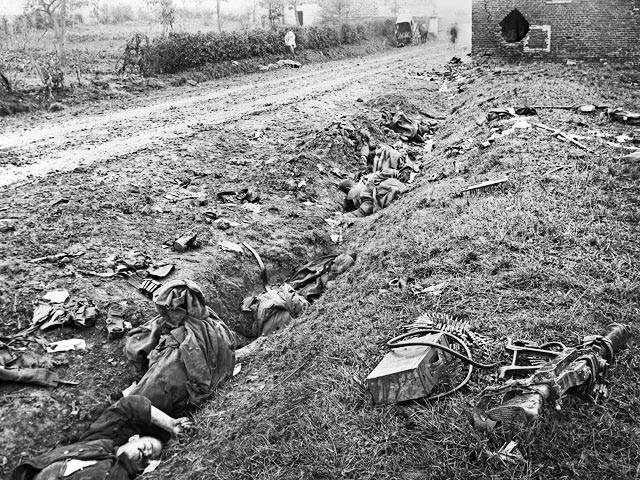 There has been a common legend that the life expectation of a junior Officer in a front line battalion was only 3 weeks. While it is true that battalions suffered severe losses, Martin Middlebrook in his book 'The Kaiser Battle' points out that the 3 week life expectation is an exaggeration.

He studied an Infantry bridage in the 17th Northern Division. The 10th West Yorks was the 1st Btn listed it served on the Western Front from Aug 1915 until the Armistice, taking part in all the major battles.

The 'wounded' total does not include those slightly wounded who returned to the battalion. The 'other reasons' include transfer to other units usually trench-mortar, machine-gun, tank or flying units those officers returned to England for various reasons, and those still with the unit at the Armistice. The shortest stay was 2nd Lieutenant Banks who arrives at the battalion on 23 August 1918 and was killed 4 days later.

Although these figures debunk the '3 week theory' it should not be forgotten that the figure of 174 subalterns serving with the 10th West Yorks during a period of 38 months service on the Western Front shows that the battalion had to replace its original complement of junior offices 6 times.

In contrast no 56 squadron RFC which served on the Western Front April 1917 until the Armistice.A total of 109 pilots were included in the survey; a further small number, who were transferred to other squadrons almost as soon as they arrived or who returned home, presumably as unsuitable for front line duties. The average stay with the squadron worked out at 10 weeks. five days.

It can be seen that comparing the 10th West Yorks to the 56 Squadron, being a pilot was far more hazardous that a front line junior officer.

A junior Officer could hope for a stay of 6-17 months, while you were lucky to last beyond 11 weeks as a pilot and if you were not killed, it was more that likely you would be captured.
Posted by alan1704 at 17:21